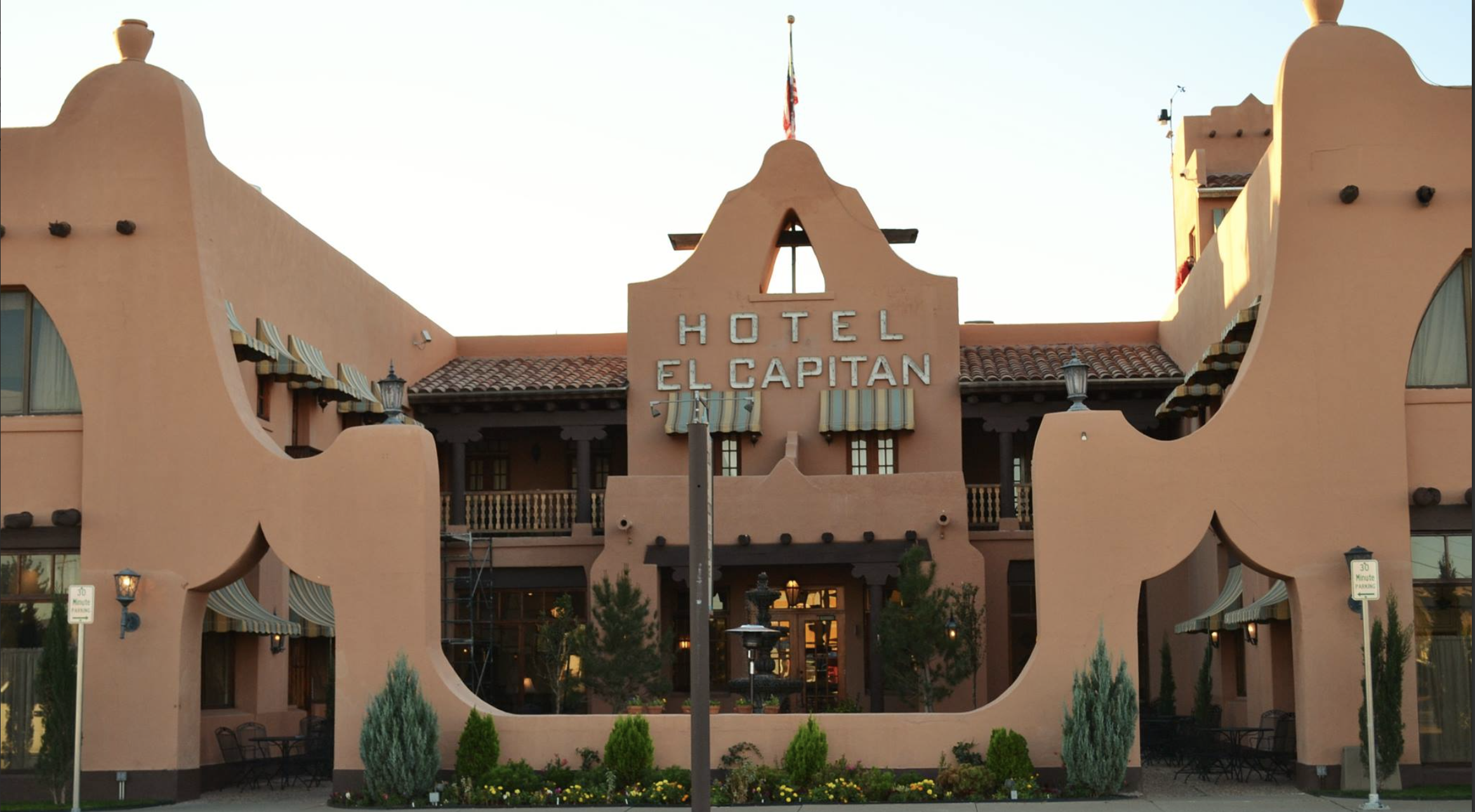 Hotel El Capitan was built in 1930 by the Gateway Hotel Chain, led by Charles Bassett, at the crossroads of the forthcoming Carlsbad Caverns, Guadalupe and Big Bend National Parks.

The hotel was designed by famed architect Henry Trost and constructed by McKee Construction Company, all of El Paso. The building operated as a hotel until the late 1960’s. In 1973, soon after Interstate 10 opened and a majority of the traffic had bypassed the once popular landmark, it was converted into the Van Horn State Bank. In 2007, Lanna and Joe Duncan of Fort Davis purchased the building from the bank with the plan to convert it back into a hotel.

The building is essentially the identical floor plan of its sister hotel, The Hotel Paisano, in Marfa, which is also owned by the Duncans. It was one of the five hotels built by the Gateway Hotels in Eastern New Mexico and West Texas. The other three hotels were located in Lordsburg and Carlsbad, New Mexico and downtown El Paso. Bassett built the hotels in an attempt to encourage tourism within 200 miles of El Paso.