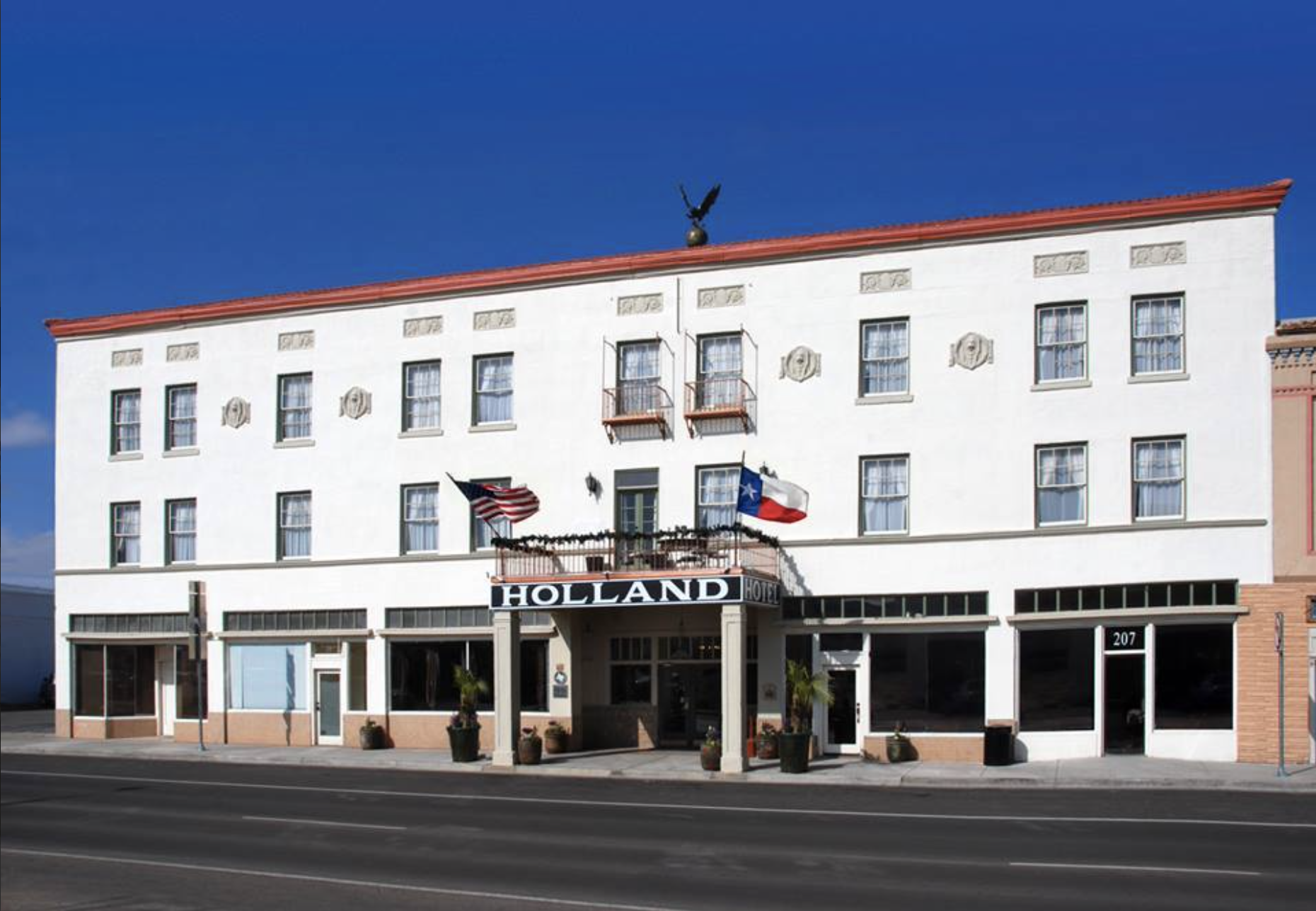 The original Hotel Holland was built in the 1880s. The one Trost worked on is a few store fronts up from the original.

In 1946, Clay sold the hotel to George Hotels, Inc. under the control of Lawrence George of Mount Pleasant, Texas. He operated the hotel for three years and in 1949 sold it to Frank Hofues.  Mr. Hofues died in 1957 and the Trustees of the Estate sold the hotel in 1957 to James C. Henderson, who, in turn, has financial difficulties; and in 1959 the facilities were deeded to I.C. Roark, who continued to operate the hotel for about ten years. Then in 1969 the hotel was closed down, and the equipment and furnishings were sold out as used material.

The building remained empty and deteriorated. The in 1972 Gene Henddryx purchased the property. He spent about a quarter of a million dollars on renovation and changed it from a hotel to an office building.