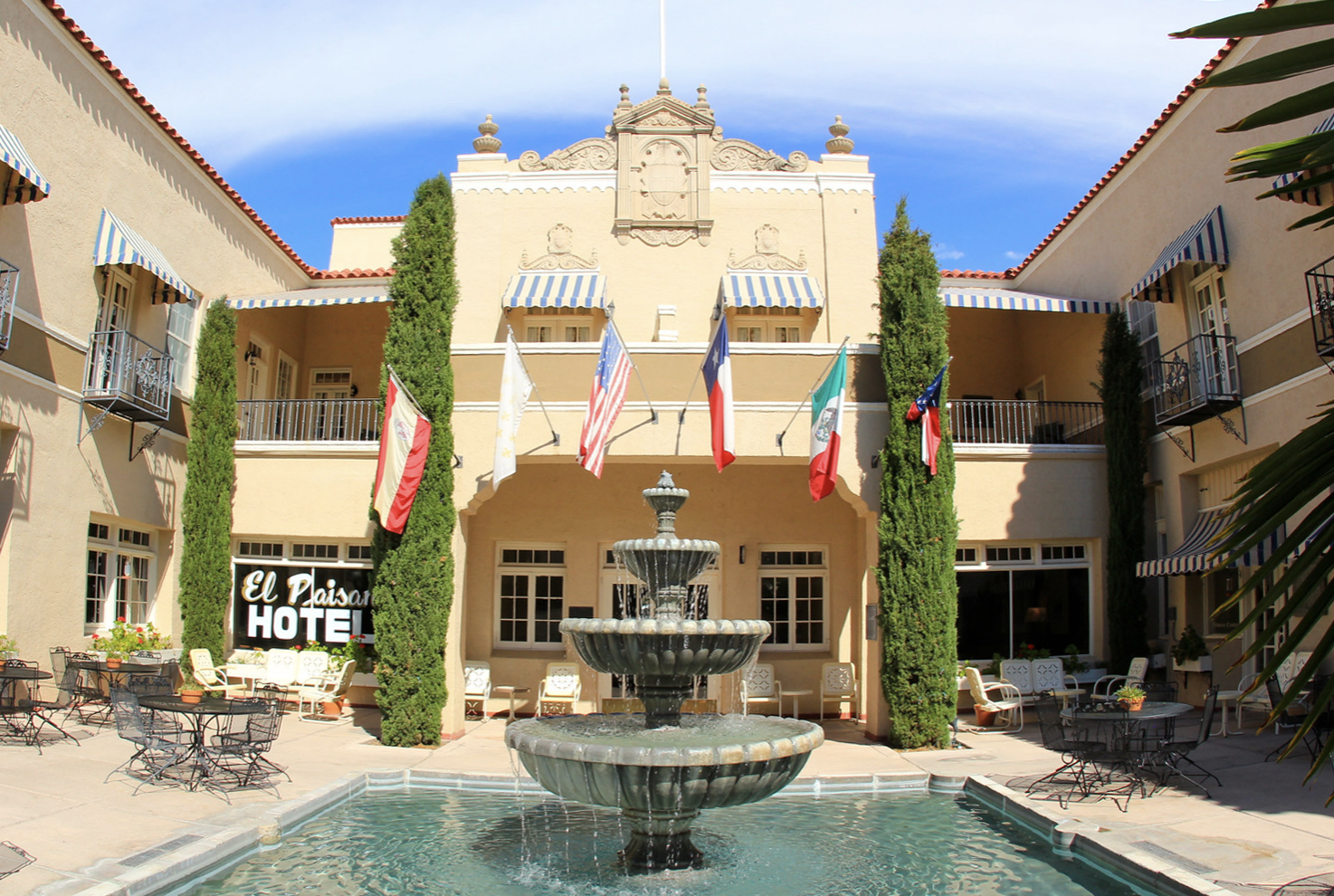 The striking Hotel Paisano, historically known as El Paisano Hotel, got off to a rocky start as construction workers broke ground in October of 1929, just days before the stock market collapsed. Eight months later, the 35,000 square foot, two and a half story hotel was completed, its 65 rooms, each with a private bath, handsomely appointed. Despite the onset of the Great Depression, the hotel accommodated a steady stream of guests, including cattle ranchers arriving to buy and sell cattle and tourists in favor of the high desert climate.

In June of 1955, the Hotel’s legacy would be permanently altered by the arrival of Hollywood. Warner Brothers selected the surrounding landscape to film the now classic Giant. For six weeks Elizabeth Taylor, Rock Hudson, and James Dean along with another 150 members of the cast and crew occupied the Paisano, dining at the hotel, socializing in the lounge, and meeting to watch dailies in the ballroom.

The Paisano remained in the spotlight through the end of the 1960s and was followed by a slow decline that ended in foreclosure. The hotel was purchased by Lanna and Joe Duncan at a tax auction in 2001, representing perhaps the most engaging piece of real estate sold in Presidio County history.

Today, fully-renovated, the Hotel Paisano is once again a luxury west Texas destination featuring 41 rooms, both upgraded suites and original, an upscale restaurant and lounge, and a relaxing courtyard environment ideal for taking in the high desert air.

The building was added to the National Register of Historic Places on August 1, 1978.